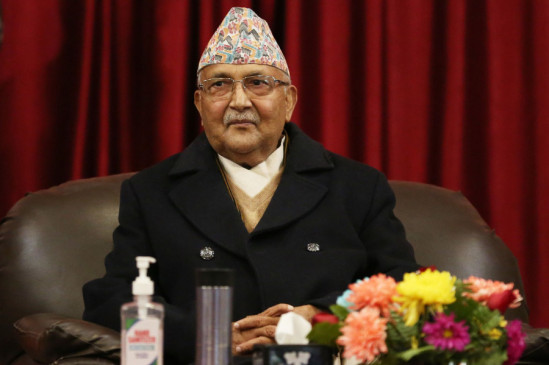 Digital Desk, Kathmandu. Nepal’s Prime Minister KP Sharma Oli has expanded his cabinet for the second time since the dissolution of the House of Representatives last month. Oli has appointed seven cabinet ministers and one minister of state. According to a notice published by the President’s Office, the current Council of Ministers now consists of 22 Cabinet Ministers and three Ministers of State.

Oli has appointed Khagraj Adhikari as Home Minister. The Home Minister’s post was vacant after the Supreme Court on May 20 annulled the appointment of seven ministers, including Ram Bahadur Thapa, who was heading the Home Ministry. Oli dissolved the house a day later. The other appointees are Nayankala Thapa, Jwala Kumari Sah, Narad Muni Rana, Raj Kishore Yadav, Ganesh Kumar Pahari and Mohan Bania. Ram Bahadur Thapa’s wife Nayankala Thapa has been given the Ministry of Communication and Information Technology. Sah has been given agriculture, Rana has been given forest, Yadav has been given commerce and supply and hill general administration. Bania has been made Minister without portfolio and Asha Vishwakarma has been made Minister of State for Forests.